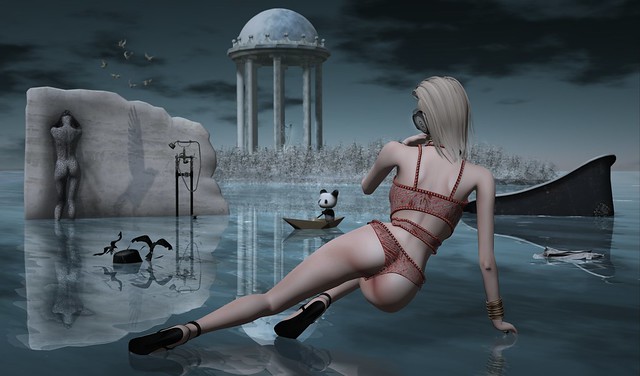 Andrew Wyeth (1917-2009) is regarded as one of the best-known U.S. artists of the middle 20th century. Some even regard him as America’s best-known painter.

In his art, Wyeth’s favourite subjects were the land and people around him, both in his hometown of Chadds Ford, Pennsylvania, and at his summer home in Cushing, Maine. Wyeth often noted: “I paint my life.” One of the best-known images in 20th-century American art is his painting Christina’s World, currently in the collection of the Museum of Modern Art in New York City. This tempera was painted in 1948, when Wyeth was 31 years old.

The woman crawling through the tawny grass was the artist’s neighbour in Maine, who, crippled by polio, “was limited physically but by no means spiritually.” Wyeth further explained, “The challenge to me was to do justice to her extraordinary conquest of a life which most people would consider hopeless.” He recorded the arid landscape, rural house, and shacks with great detail, painting minute blades of grass, individual strands of hair, and nuances of light and shadow. In this style of painting, known as magic realism, everyday scenes are imbued with poetic mystery.
SOURCE: https://www.moma.org/collection/works/78455

So when I set myself up in the blog image using one LouLou Teichmann’s many poses, I noticed that from behind I kinda resembled the pose taken by Christina in Wyeth’s painting. And so I went ahead and constructed this scene.

As for my worn details, the bits of Alles that are visible to the camera are decked out in the following:

Tableau Vivant \\ Punky [combed] hair … made by M4ri1yn Magic.
Available now at the latest round of the Uber event, which is open from July 25th until August 22nd. NEW.
Uber

Violetility – HoloMask … made by violetile Resident. Purchased at the Indie Teepee event, which is open from July 21st through until August 6th. NEW.
Indie Teepee

GizzA – Posh Bodysuit [Red] Maitreya Lara … made by Giz Seorn.
The Posh Bodysuit which also includes head gems, leg gems and wings which are not shown here, was first available at the June/July round of Très Chic but can now be purchased at the GizzA Creations Mainstore. NEW.
GizzA Creations – New Releases

fri. – Tania Sandals (Coal) … made by Darling Monday. Available now at the latest round of the Uber event, which is open from July 25th until August 22nd. NEW.
Uber

Apple Fall Crumpled Newspaper … made by made by warehousefifteendesigns Resident. Purchased during the recent Apple Fall sale for a mere 25 lindens.

And lastly, the pose that I have used is Bauhaus Movement – The Serpent … made by LouLou Teichmann.