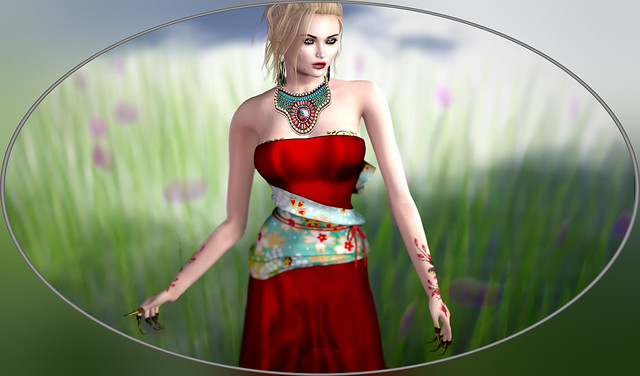 As for my fashion details, Alles is wearing the following kit:

*AGATA* Yayoi gown / red-Maitreya … made by Sora Tatham. Purchased at the Japonica event, which is open from July 1st until July 23rd. NEW.
Japonica

*U-Design* Prosperity [Maitreya] tattoo … made by foxxiehunie Resident.
Purchased at the Japonica event, which is open from July 1st until July 23rd. NEW.
Japonica