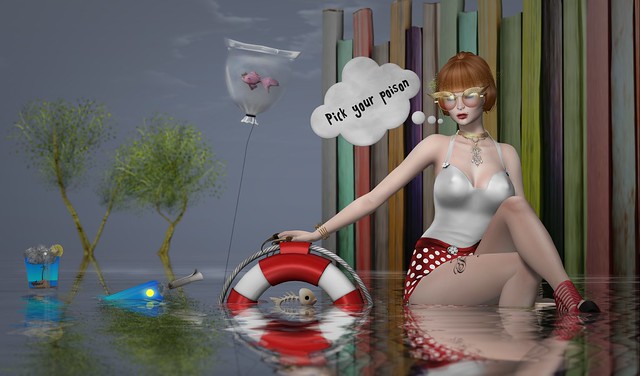 BellePoses – Float Pose5 (Add) … made by Antonia Millar. Purchased as part of a BellePoses – Hello Sailor (Bento) pose and prop set at The Vintage Fair event, which is open from June 9th until June 25th. NEW.
Vintage Fair 2

The colourful fence behind me is part of the Black Kite SIM but its details are as follows: WOOD FENCE-Cset … made by Agathe Latte. The good news is that it is once more available inworld as Agathe has re-opened her store, five minutes after.
five minutes after @ Minnaloushe