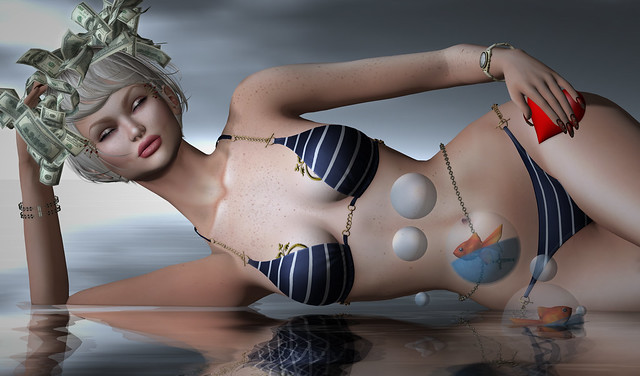 And there is money on my head too!! 😀

As for my worn details, Alles is kitted out in the following attire.

tram G0419 hair … made by moca Loup. I am wearing this delightful short hair in a tone from the HUD-B pack. Purchased at the current round of Uber, which is open from April 25th until May 22nd. NEW.
Uber

Astralia – The fish in the bubble (bubbles and fishes) … made by Astralia Resident.

And lastly the pose that I have used is