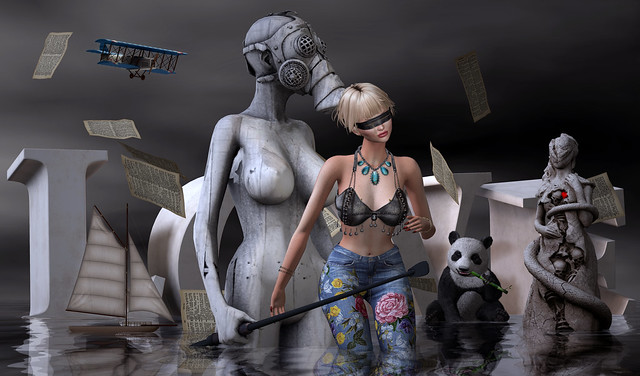 Well it kinda felt that way when a panda and a very strange statue turned up to watch the er, proceedings!! 😦

Tableau Vivant \\ Aku hair … made by M4ri1yn Magic. I am wearing this lovely short hair in a tone from the Blonds pack. First available at the April/May 2016 round of Shiny Shabby, Aku is now available instore.
Tableau Vivant – Aku Hair

As for my props, they are as follows:

The nice girl on my left is Avro’ cura di te ….(mask) by Mistero Hifeng. Which translates from Italian as “I’m going after you”.

The pose that I have used is Bauhaus Movement – Razorblade Remix 33 … made by LouLou Teichmann.