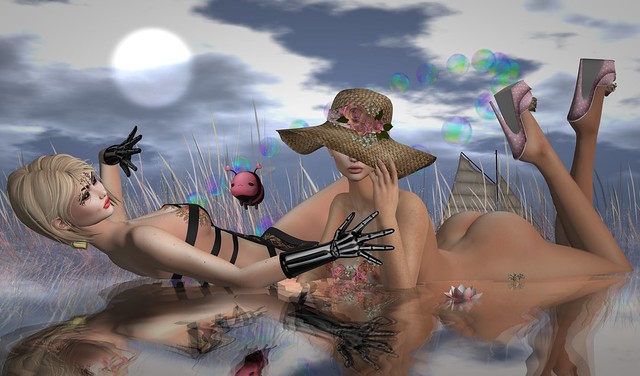 Tableau Vivant \\ Thea hair … made by M4ri1yn Magic. I am wearing this lovely short hair in a tone from the Blonds pack. Available now at the first anniversary round of The Project Se7en, which is open from March 30th until April 20th. NEW.
The Project Se7en

BEWITCHED – on the right – is wearing the following:

MishMish – Love Bug / Short A – Strawberry … made by Aime Takaaki.

The two-person pose that we have used is {QP} – Girls Night In … made by Darcio Daines. Purchased at the March 2017 round of the On9 event, which finished on March 28th. NEW.