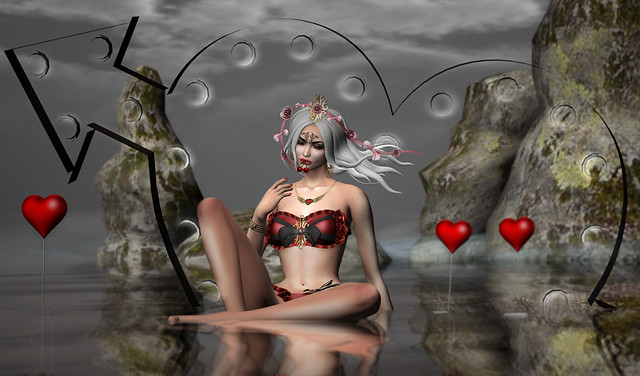 I may be surrounded by hearts but I’m sadly alone!! 😦

As for my worn details, Alles is wearing the following:

**RE** Aletta Watch Necklace … made by crashnoww Resident. Purchased at the previous round of the Cosmopolitan Event, which finished on February 25th. NEW.

Meva Heart Stand x 3 … made by Mea Carnell. These copy/modify objects are one part of a Meva group gift that is available inworld now at the Meva mainstore. NEW.
Meva Valentines Day Gift

And lastly, the pose that I used is Bauhaus Movement – Frequency Shift 27 … made by LouLou Teichmann. The Frequency Shift set of poses was available at the February 2017 round of The Liaison Collaborative. NEW.