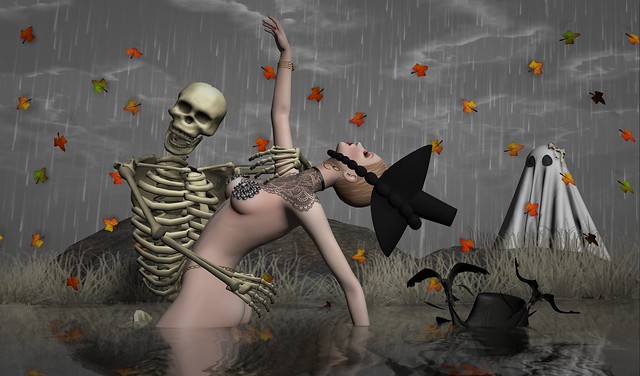 It looks as though I have a boy called “Bony Moronie” cos he’s definitely as skinny as a stick of macaroni!! 😀

As for my fashion details, Alles is wearing the following.

AZOURY – Doly Headwear [Black] … made by Aniki Seetan.
This will be available at the February 2017 round of The Chapter Four. NEW.
More details here … http://www.azoury.fr/blog

.Tableau Vivant \\ Lelutka HB1 – Blonds … made by M4ri1yn Magic.
Available now at the Chic Gym-styled first round of Collabor88 for the new year, which is open from January 8th until February 6th. NEW.
Collabor88

The pose that I used is Bauhaus Movement – Liquid Hater 11 … made by LouLou Teichmann.