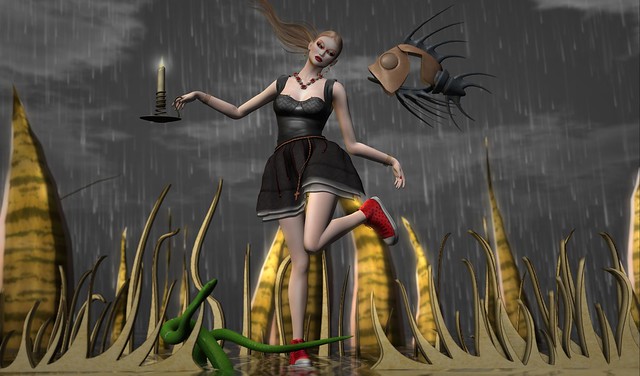 Because this strange night will hopefully pass into day and a next day as well!! 😀

Meva Daria Top Black 2 … made by Mea Carnell. Available now at the current round of The Crossroads, which is open from January 3rd until January 28th. NEW.
The Crossroads

Baiastice_Starlight Sneakers-Red-Maitreya … made by Sissy Pessoa. The Starlight sneakers – in twenty different colours and textures – are available now at the current round of Collabor88, which is open from January 8th until February 6th. NEW.
Collabor88

The pose that I have used is an lar [poses] The Dollie Series – Four (m) … made by Katya Valeska. This is part of a set that I purchased at the latest round of the Memento Mori event, which is open from January 13th until February 9th. NEW.
Memento Mori