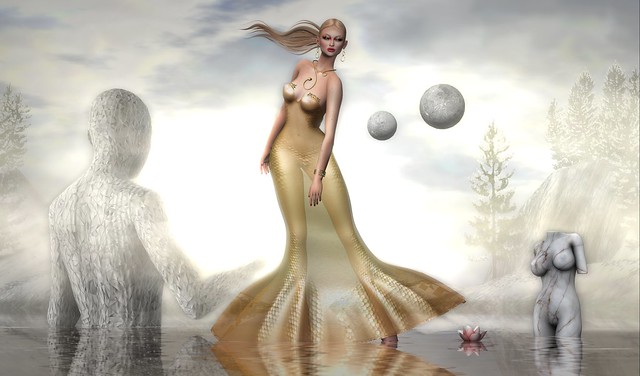 And why this blog post title? Because I’m listening to this song at this very moment in time and tonight I get to see Nick Cave perform it live in Sydney!! 😀

PH – Siren Gown (Maitreya Experimental) … made by Irina Strazytski.
Available now at the latest round of The Secret Affair, which is open January 15th until January 29th. NEW.
The Secret Affair

fri. – Gracie.Heels (Salmon) – Maitreya … made by Darling Monday. The Gracie heels – in eight different colours – are available now in both Maitreya and Slink fittings at the current round of Collabor88, which is open until February 6th. NEW.
Collabor88