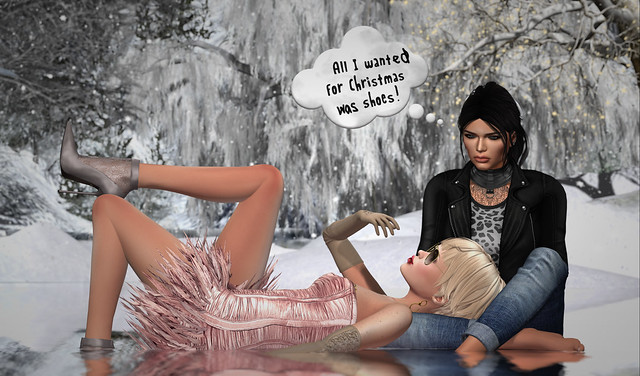 Because sadly, no one bought her any shoes for Christmas!! 😦

ALLES – on the left (and lying down) – is wearing the following:

Baiastice_Keira Lace Booties-Silver-Maitreya … made by Sissy Pessoa. The Keira Booties are available now in eighteen different colours at the current round of Collabor88, which is open from December 8th until January 6th, 2017. NEW.
Collabor88

The sole prop that I used is [ free bird ] Holiday Thought Bubble – All I Want Is Shoes … made by Cortez Brandriss.