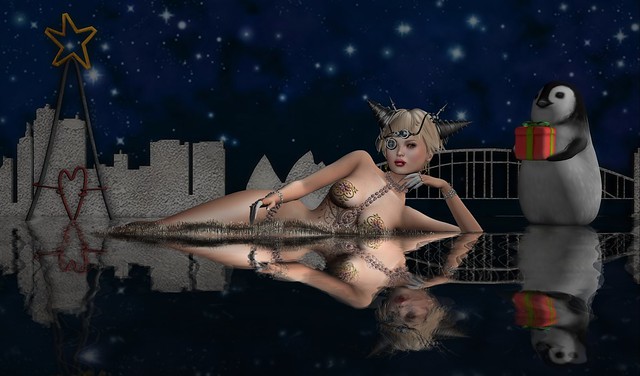 Because the Christmas elves are on strike!! 😀

Bauhaus Movement – Lament for Lost Dreams Helmet/ SILVER … made by LouLou Teichmann. Purchased at the current round of Shiny Shabby, which is open from December 20th until January 15th, 2017. NEW.

{YD} Christmas Wall Sculpture – Christmas tree … made by Pietra Landar.
This is a gacha purchase that I made at the current round of Lost & Found, which is open from December 22nd until January 1st. NEW.
Lost & Found

11 -INIA- Happy Penguins GACHA -Gift for you (decor)- Red … made by ichuly Resident. This is a gacha purchase that I made at the current round of the Lost & Found event, which is open from December 22nd until January 1st. NEW.
Lost & Found

{anc}tinsel line {snow white} /(curve) 1Li … made by aki69 Resident. This was a Fifty Linden Friday item on December 16th but it is still available instore at the full price.
Art Named Capering aka a.n.c Ltd.