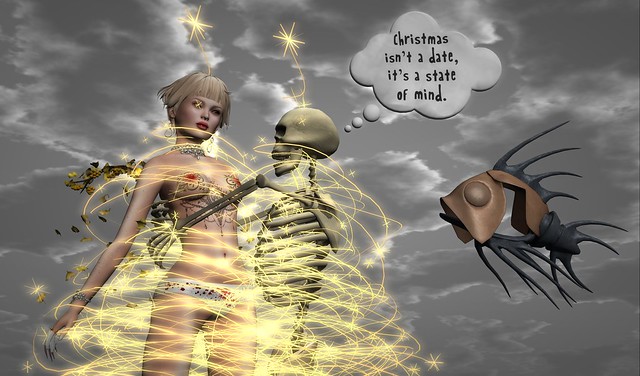 Which is probably what we look like to the untrained eye … but in reality it’s just poor ole me and a rather bony gentleman caught up in his Christmas “state of mind”!! 😀

Mr skeleton 8 … made by Evangeline Cortes.

And lastly, the pose that I have used is KaTink – Haute 38 … made by Maliah Naidoo.
KaTink Poses and More