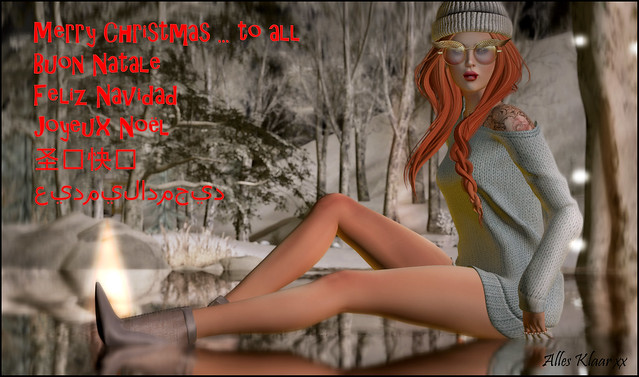 Details soon but I am running a bit behind!

Tableau Vivant \\ Miss B. hair [L] mat. … made by M4ri1yn Magic. I am wearing this hair – which includes the beanie – in a tone from the Redheads pack. Available at the current round of KUSTOM9, which is open December 15th until January 10th, 2017. NEW.
KUSTOM9

Baiastice_Keira Lace Booties-Silver-Maitreya … made by Sissy Pessoa. The Keira Booties are available now in eighteen different colours at the current round of Collabor88, which is open from December 8th until January 6th, 2017. NEW.
Collabor88