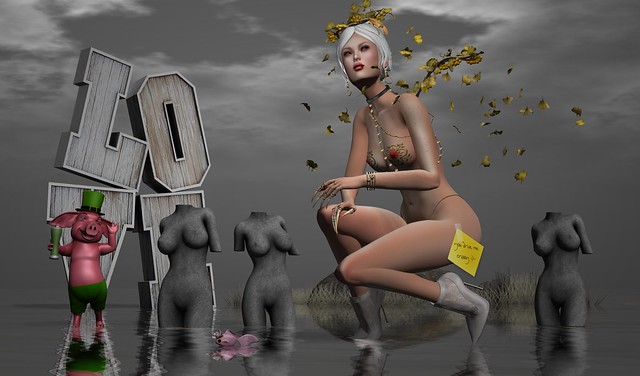 Well, what else could I be with so much of the very precious metal adorning my body?

Tableau Vivant \\ My Holiday Evening hair … made by M4ri1yn Magic. This hair is one of three unique styles that is now available at the December 2016 round of The Arcade Gacha. NEW.
The Arcade
and
The Arcade 2

*PROMAGIC* Abhang – Gold … made by Promagic Resident. Purchased at the anyBody event, which is open from December 7th until December 31st. NEW.
anyBody

[ Lucky #7 ] Post-Me: drive me crazy … made by Shortcake Sugarplum.

Kalopsia – LOVE … made by Isabeau Baragula. I have made this Copy/Modify object considerably larger than the default size. Available now at the United and Kind non-profit event, which is open November 28th until December 11th. NEW.
#unitedandkind

One thought on “La dame d’or”