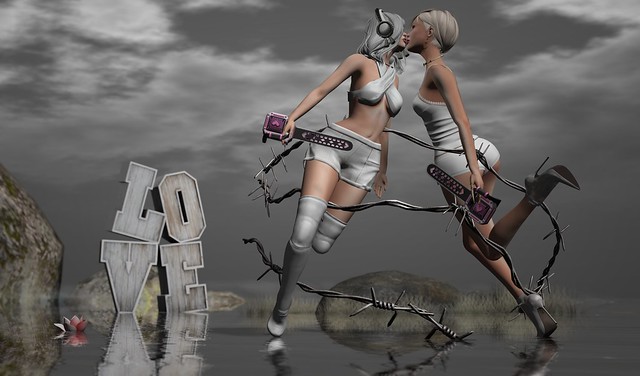 AMECHAN – on the left – is wearing the following:

fame femme : Tata TankTop – White – Maitreya … made by Clarysa Damiano.
fame femme : Tata Panties – White – Maitreya … made by Clarysa Damiano.
The Tata underwear set is available at the latest round of The Liaison Collaborative, which is open from December 7th until December 30th. NEW.
The Liaison Collaborative

Kalopsia – LOVE … made by Isabeau Baragula. I have made this Copy/Modify object considerably larger than the default size. Available now at the United and Kind event, which finishes on December 11th. NEW.
#unitedandkind