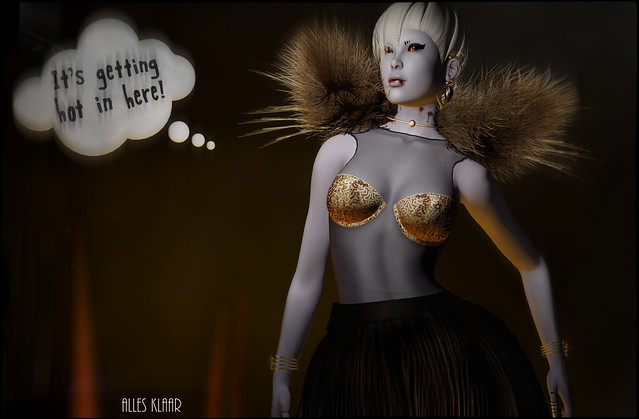 Do a Google search for “Donald Trump” + Cruel and you get over 2.5 million results. And in the wake of his election as the President of the USA, many more results will no doubt be added to that appalling total.

Jeva Lange, from The Week, has chronicled three days of post-election hatred in her online article here: Three days of hate in Donald Trump’s America

I don’t know which was the nastiest of the hate-filled invectives that she had collected, but surely this note that was left on a car windshield in North Carolina, might take the “prize”.

“Can’t wait until your ‘marriage’ is overturned by a real president. Gay families = burn in hell. Trump 2016. Repent. God bless.”

I can’t imagine what sort of God the people who left that note think they are worshipping. Can you? 😦

.Shi : Hearken / Unisex . LBlonde hair … made by Joy Laperriere. Purchased at the current round of Shiny Shabby, which is open from October 20th until November 15th. NEW.
Shiny Shabby – Shi

SEUL – Sphere Choker … made by Vo Pralou. This was a 9 linden “gift” at the October/November round of KUSTOM9, which finished on November 10th. NEW.