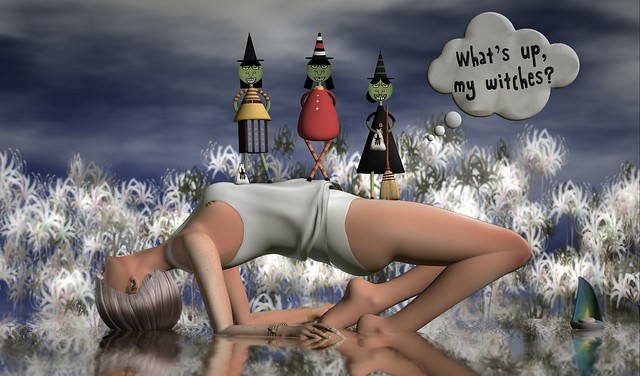 But only with my support, of course!! 😀

.Shi Hair : Hearken / Unisex . E-Bronde hair … made by Joy Laperriere. Purchased at the current round of Shiny Shabby, which is open from October 20th until November 15th. NEW.
Shiny Shabby – Shi

erratic / marisa – tank / bloody (maitreya) … made by Erratic Rain.
Purchased at the erratic store inworld, this is a group member purchase only. NEW.
erratic / MAINSTORE

And lastly, the pose that I have used is Pose It-Refresh … made by Sirenity Soon. This was first available as part of a pose set at the Pose Lover & Friends! event in July 2016 but you can now find it at the Pose It store inworld – it is one of the Female Kisses set, that is on the left-hand side of the store.
Pose It Poses