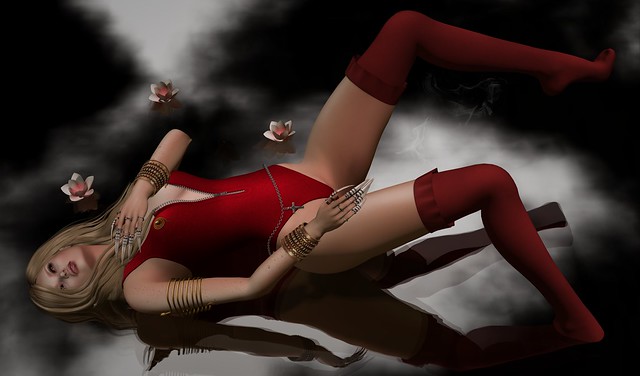 Now I lay me down to sleep,
I pray the Lord my soul to keep,
His Love to guard me through the night,
And wake me in the morning’s light.

Well, if I am waiting for the Red King to return then I really do hope that I don’t doze off!! 😀

MINA Hair – Valerie (materials) … made by Mina Nakamura. I am wearing this hair in a tone from the Essentials pack. Available now at the current round of FaMESHed, which is open from September 1st until September 27th. NEW.
FaMESHed

And lastly, the pose that I used is Bauhaus Movement – Ima … made by LouLou Teichmann.