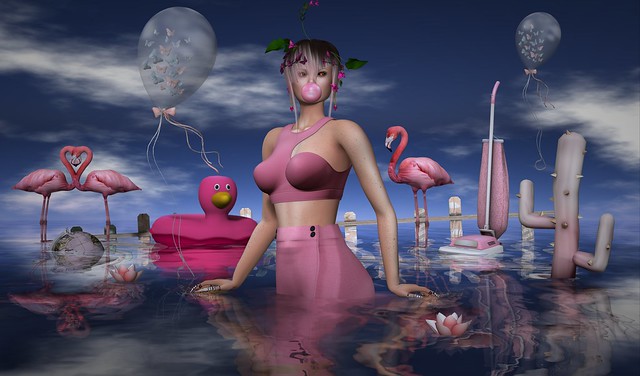 Many thanks to my dear little friend Skippy Beresford for providing me with a title for this blog post after the comment he left on the original Flickr picture. But I do hope he gets the joke!! 😀

As for worn details, Alles is decked out in the following:

.Shi Hair : Quixotic / Unisex . Dips hair … made by Joy Laperriere. Purchased at the current round of Uber, which is open from August 25th until September 23rd. NEW.
Uber

ALT by Truth – Iggy Top – Pink [MAITREYA] … made by Cruise Michigan. Purchased at the current round of Uber, which is open from August 25th until September 23rd. NEW.
Uber

:Moon Amore: Papillon Balloon (Pink) x 2 … made by PsyQueen Resident. These were a Collabor88 gift in August 2015.

(what next} Pink Vacuum Cleaner (rez) … made by FrankLee Anatra.

And lastly, the pose that I have used is *PosESioN* Vintage Her 5 … made by Dahriel Resident.