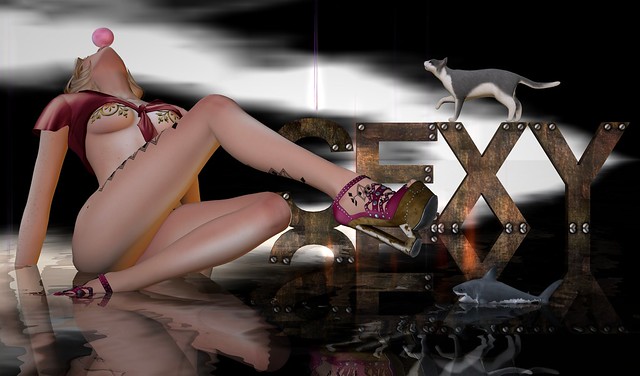 And why not indeed, cos the creative team at AZOURY make some of the most amazing shoe stuff on the grid!! 😀

As for worn details, Alles is wearing the following:

(fd) Cat – 12 Curious … made by Toast Bard. Originally purchased at the September 2014 round of The Arcade Gacha – it might be possible to find copies of this item at inworld yard sales or on Second Life MarketPlace.

The pose that I have used is *PosESioN* Sensual 2 … made by Dahriel Resident. This was given a slight adjustment using my Animare HUD.
*PosESioN* Mainstore