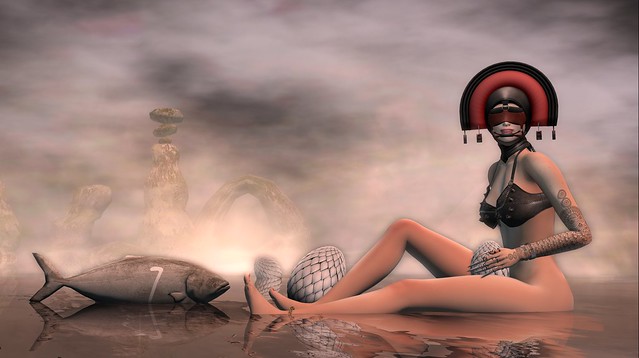 [sYs] DEVOTION mask (unrigged with HUD) … made by Systi Cisse. Purchased at the current round of We Love Role-Play, which is open from May 4th until May 31st. NEW.
We Love Role-Play

Meva Estella Bra black M … made by Mea Carnell. Available now at the current round of We Love Role-Play, which is open from May 4th until May 31st. NEW.
We Love Role-Play

[White~Widow – HIGH] Elektra – Black tattoo … made by Julie Hastings. The Elektra tattoos are a free gift at the current round of We Love Role-Play. NEW.
We Love Role-Play

The pose that I have used is DM – Yes? … made by Del May. However I have slightly modified this pose using my Animare HUD, so that my left hand was touching the dragon egg between my legs.