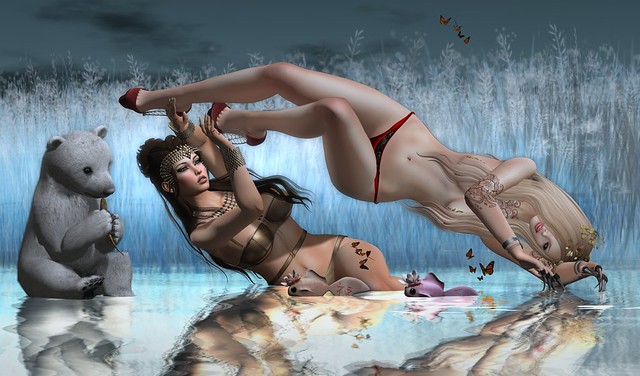 JEWELL – on the left – is wearing:

ALLES – on the right – is wearing:

Mithral * Taproot … made by Evadne Quintessa. I am wearing this hair in a tone from the Ombres pack. Purchased at the KUSTOM9 event back in September 2015. Now available instore here:
Mithral Apothecary

!Rebel Hope – Eye Candy Mesh Panties_Maitreya … made by Rebel Hope. This is part of an Eye Candy lingerie set that I purchased at the current round of the FaMESHed event, which is open from April 1st until April 27th. NEW.
FaMESHed

AZOURY – Omen Shoe [Maitreya] red … made by Aniki Seetan. Available at the current round of The Chapter Four event, which is open until April 21st. NEW.
The Chapter Four