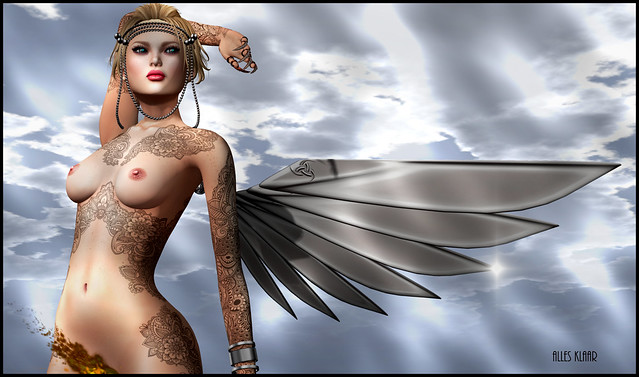 Second Life is a wonderland of impossible avatars and near-impossible outfits and one of the most remarkable outfits (or shocking, depending on your point of view) is the Combustible Intimates duo made by Faint Paulse back in early 2011. Actually, let’s put this particular attire into the impossible category because metallic smalls (bra and undies) that spout flames would be a fire hazard to say the least!! 😀

Anyway, because Faint Paulse is having a 50%-off sale in her store inworld at present, I decided to strap the flames back onto my otherwise naked body to show off a little bit of the Ladies Who Lunch style.

And this is what Alles is wearing, so to speak:

E.V.E ETHEREAL Headpiece of Pearls Silver … made by Noke Yuitza.

The pose that I have used is KaTink – Alexxa 2 …. made by Maliah Naidoo.

One thought on “My Panties are on Fire”