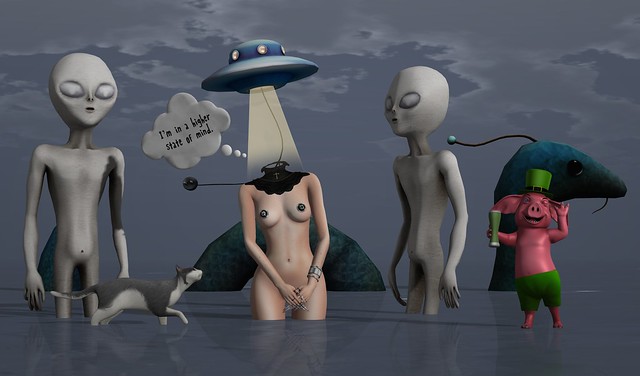 Or where is my head for that matter? I thought I was being taken aboard for the usual probing but little did I realise that they wanted to take the best part of me!! 😦

As for any semblance of fashion details, Alles is wearing the following:

LeLutka Head (no eyes) ALPHA … made by Nyx Linden.

HIDEKI – Grey Alien Replica x 2 … made by Hideki Carami. This was purchased as a gacha item at the May 2015 round of The Chapter Four event.

The pose that I have used is Bauhaus Movement –  Onyx 2 … made by LouLou Teichmann.