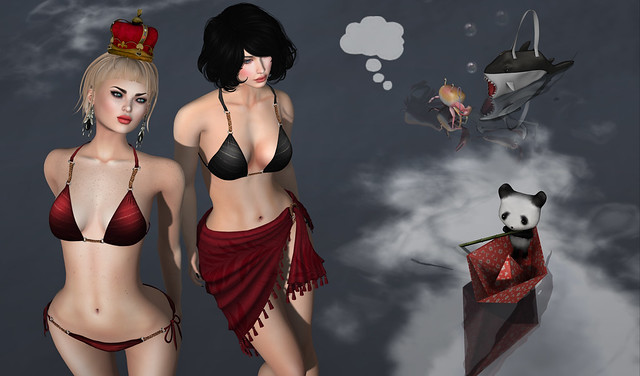 VIOLET – on the right – is wearing the following:

Nails–#adored–back to black nails by by Walton F. Wainwright (faust.steamer)