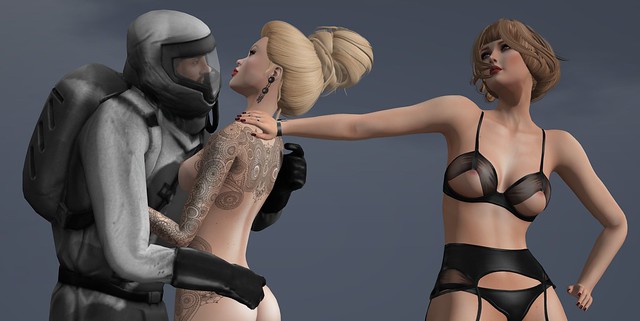 A whole new movie featuring Kane Kabila as the Starman, Alles Klaar as Lady Stardust and Fabs Burt as er, the next in line!! 😀

As for our worn details, they are as follows.

KANE – on the left – is wearing this fashionable gear:

ALLES – in the middle – is wearing the following:

FABS – on the right – is wearing the following:

The two-person pose that Alles and Kane have used is KaTink – My Everything … made by AnneMarit Jarvinen. NEW.
KaTink Poses & More