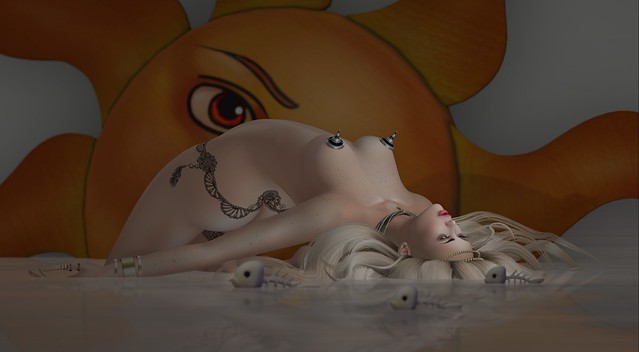 I really do hope that I’m not going to be a sacrifice as well!! 😀

That aside, these are my fashion details from the top of my head to my toes:

“JIM” – Soleil – Rae … made by Celeste Forwzy. This item is meant to be a wall hanging but I have re-sized this copy (made it much larger) and used it as a “rising sun” in this picture. Purchased at Summerfest ’15 in June 2015.

And lastly, the pose that I have used is called Bare and it is from an Art Reflected set of poses made by Vanity Mirror, that are available now at the My Attic @ The Deck which is open from September 21st through until September 30th. NEW.
My Attic @ The Deck