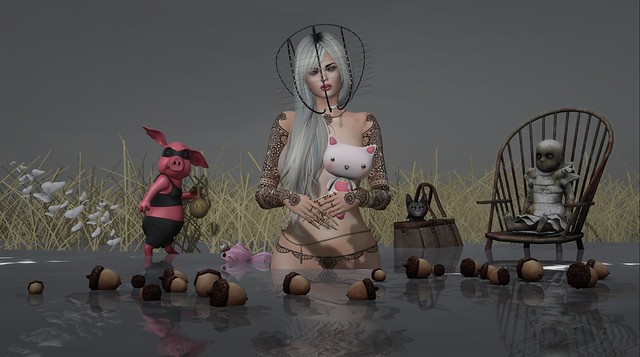 Label Motion – Apple Kitty … made by anne Dakun. I am holding it against my body with my left hand. The Apple Kitty is one of six different kitties that are part of the Label Motion – Kitty Poses set that is available now at the current round of Shiny Shabby. NEW.
Shiny Shabby

Moon amore: Papillon (Butterflies extension) … made by PsyQueen Resident. I am ‘wearing’ the butterflies on my right hand as they are actually part of the :Moon Amore: Papillon Dreams Dress (Blue) which I purchased at the August 2015 round of Collabor88.