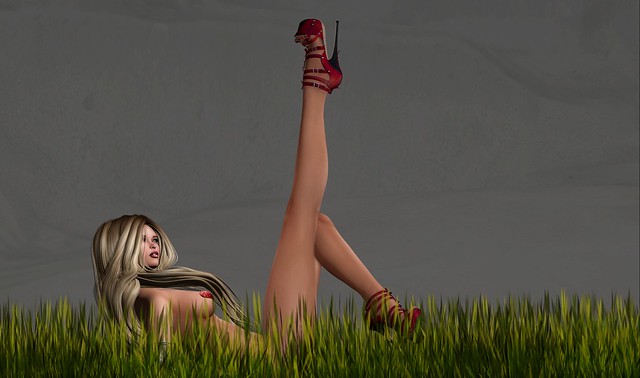 The Festival of Sin, is a Second Life event which first appeared on the grid back in early 2012. So its second incarnation – now alive and kicking on the grid from August 22nd through until September 5th – has been a long time coming!!

But as Seraphim says, if you’re tired of being good all of the time, then it’s time to give in to your sins and go to the Festival of Sin II!

So for this decidedly wicked picture, Alles is wearing the following:

MINA Hair – Laila – Natural (materials) … made by Mina Nakamura. I am wearing this in a tone from the Light Blond HUD. Available now at the Festival of Sin II. NEW.
Festival of Sin II – Lust

no. 7 [ Cupcake Lipsticks ] Lelutka Head Applier – red sprinkles … made by Shortcake Sugarplum. The full range of Cupcake Lipsticks which features both tattoo layers and appliers for the LeLutka and TMP mesh heads is available at the current round of The Instruments which is open from August 18th until September 6th. NEW.
The Instruments

[Since 1975]-RedHeart Nipple Band (Right) … made by ocean Craft. Purchased as a gacha item at the Alice in SexyLand event in June 2015.

The pose that I have used is Frozen – Leggy Pose 04 … made by Weronika Pobieski. I modified this pose a little bit – changed the position of my left leg – by using my Animare HUD. This was purchased as part of a set of Frozen poses at the August 10th-August 17th round of the Color Me Project event. NEW.