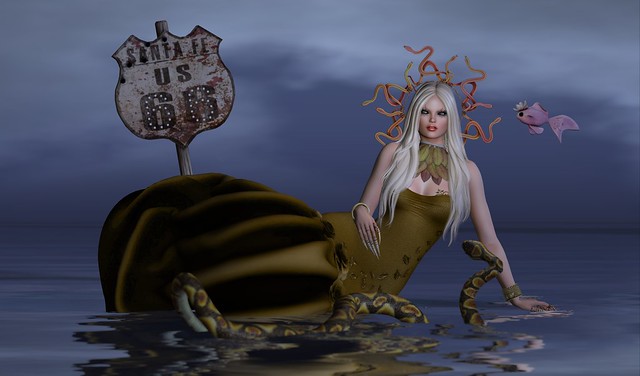 Damp Alles is wearing the following:

Pink Acid Good Gone Evil Medusa Halo – Dragon Snake headband … made by pinkacidstore Resident. Purchased at the current round of The Secret Affair, which is open from July 15th until August 14th. NEW.

MG – Earring – Maharani – L … made by Maxi Gossamer.
Purchased as part of MG – Maharani – The Complete Collection at the May/June round of Uber.

The pose that I used is -L- About A Girl 4 … made by Adeline Blackthorne of Lalochezia.