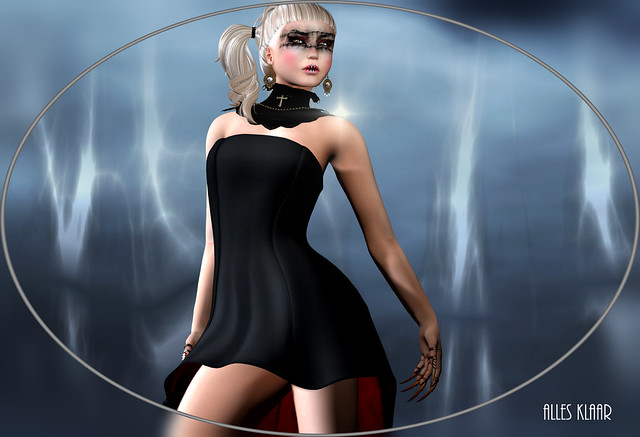 A little black dress can do wonders for your style … even if you are wearing a nun’s collar!! 😀

And this is what Alles is wearing, of course:

…::: Scrub :::… Like a Nun Collar GOLD S … made by ramon Jonstone. Purchased at the current round of The Dressing Room Fusion. NEW.

The pose that I used is Ma Vie. Becoming 10 … made by Mavi Beck.