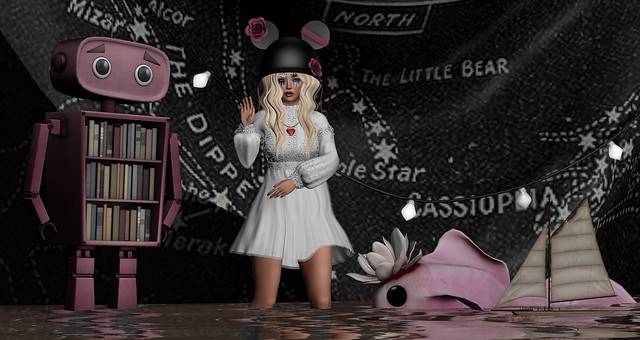 The Shiny Shabby event will be finishing in just a couple of days – on April 15th to be exact – and this blogger would really like to kick herself for not posting this image sooner. Doh!

Anyway, Alles is wearing the following:

GizzA – Cara Dress [White] Size S … made by Giz Seorn. Available now at the Shiny Shabby event in white and a host of other colours. Rush, rush, rush! NEW.

The pose that I have used is KaTink – Lexington Avenue 4 … made by AnneMarit Jarvinen. NEW.