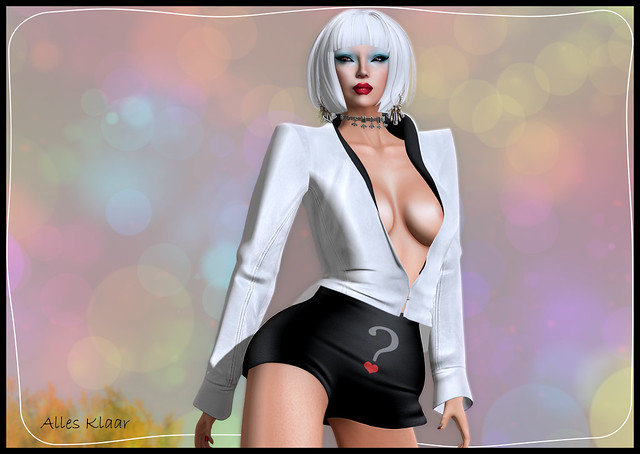 This image is one that I shot after young Skippy Beresford had to go back home to Neva River after our photo session together at the Twilight’s Edge SIM.

MOON{hair}. Montauk Monster – Greyscales … made by Silent Acoustic of MOON.

Zaara : Banjara silver choker … made by Zaara Kohime. Available now at the current round of Collabor88. NEW.

GizzA – Dandy Lady / Jacket Size S … made by Giz Seorn.
The Dandy Lady outfit – which also includes a hat, skirt and heels – has been out for a few weeks now and finally Alles has taken the time to wear at least one item.

The pose that I have used is Ami Pose 6 – Label Motion … made by anne Dakun. This pose is part of a set that is available at the current round of TDR. NEW.