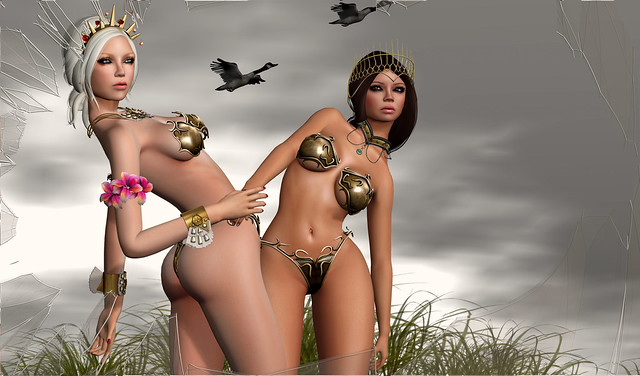 With the August round of Collabor88 still running and the September round of The Arcade Gacha about to start, my friend RikkeBA and moi hot-footed it over to the Sarawak SIM to do a picture in some of our goodies!!

Alles on the left is wearing:

~Tableau Vivant~ Writer Accessory – Gaiman (rare) … made by M4ri1yn Magic. Available at the September 2014 round of The Arcade Gacha. NEW.

~Tableau Vivant~ Writer Hair … made by M4ri1yn Magic. Available at the September 2014 round of The Arcade Gacha. NEW.

Rikke on the right is wearing:

The pose we used is label motion :: Ladies Daydream.

5 thoughts on “War Kittens at Sarawak”