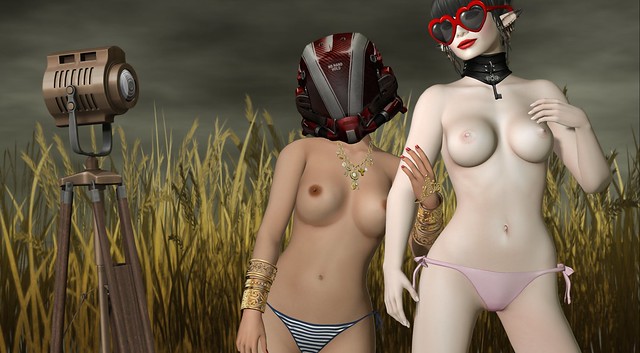 ‘Tis moi in WowMeh mesh body (on the left) and my friend, Caitlin Tobias on the right in some fancy noo mesh body!! ^^

The couple pose that we have used is label motion :: Sweetness. This is actually made for a female/male couple but was given an edit by me so that two femmes could use it.